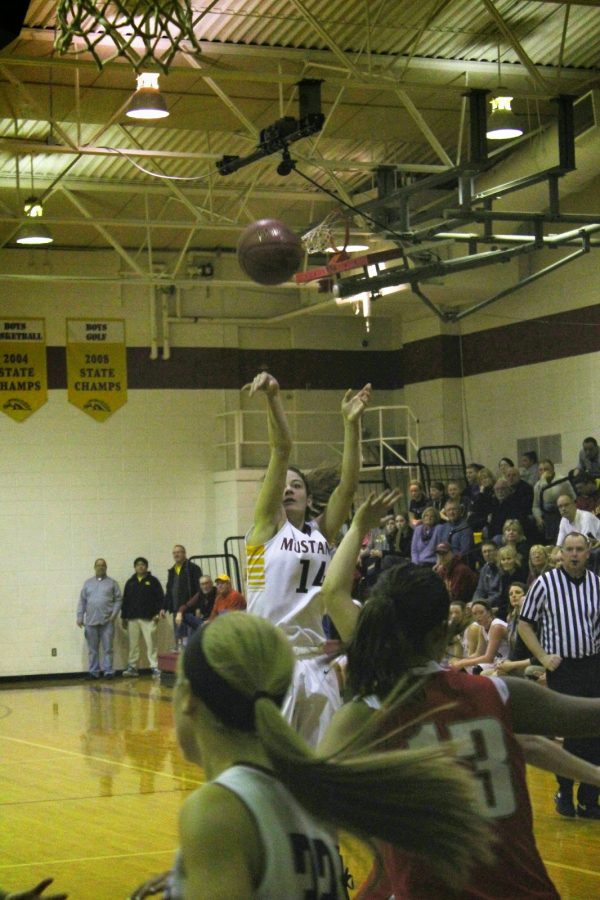 Last Wednesday, Feb. 18, the PCM Mustangs girls’ varsity basketball team played its second post-season game against the Chariton Chargers. The Mustangs were looking to keep the season alive and accomplished their goal, winning 77-35, advancing to the next round.
The Mustangs started off hot, outscoring the Chargers 24-9 in the first quarter. PCM would continue its strong play, tallying a total of 56 points in the first half, which was just four points shy of the final score in their previous game against Centerville. .The Mustangs shot very well, shooting nearly 50-percent from the field, a good sign headed into deeper playoff play.
Senior Rachel Freland struck fire, scoring 22 points while hitting four out of five threes. Senior Rachel Gulling and sophomore Kayla Jennings also played themselves a nice game. Gulling recorded a stat line of 14 points, seven steals and five assists. Meanwhile, Jennings matched a career-high 14 points.
PCM yet again wrecked havoc with their full-court press, recording 29 steals.  Jennings said, “I thought we worked hard and played well together as a team. We need to focus on the main goal, teamwork, positive attitudes and our free throws. Mostly just the mental aspects of the game.”
The Mustangs advance to the next round and could really use a great crowd. So come out and support the Lady Stangs.