What did PCM students do over spring break? 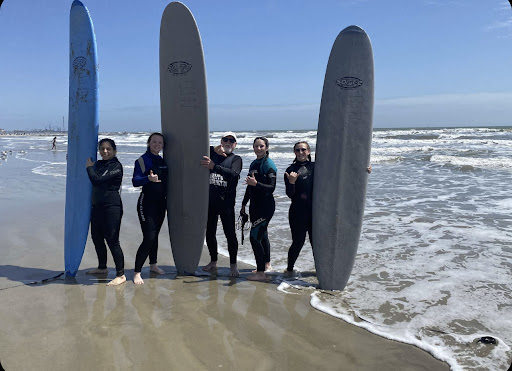 The school year has flown by for most PCM students with the beginning of the fourth quarter after spring break. Many students had lots of fun and traveled over their break, or just stayed home to relax. Let’s take a look at what they were up to!

Jordan VanderWerf got her wisdom teeth out during spring break and relaxed a lot. “My favorite part of the break was watching lots of Spongebob while having ice on my face,” explained VanderWerf.

After she got her wisdom teeth pulled, she sang a lot of Taylor Swift in the car, even though she wasn’t supposed to open her mouth. VaderWerf relaxed and drank lots of liquids over break. She was bummed because she couldn’t chew any solid food for the majority of the time but still made the most of it. Even though she had to spend most of her break healing from her surgery, she still got out and went to get a pedicure with her grandma and cousin.

Skylar Burns drove 15 hours south to Texas with her friends Isabelle Hudnut and RaeAnn Duinink. They spent a lot of time on the beach and went surfing for the first time, “The waves were only about two feet high but it was still really fun,” said Burns.

Burns said that she swallowed lots of water while surfing as it was her first time, but she was still glad she tried it. The friends also went on a ghost tour while they were down south but didn’t think it was that scary. The ghost tour consisted mainly of graveyards and learning about their history. They got iced coffee almost every day and went to a lot of nice restaurants.

Isabelle Beery went to Cancun with her friend Kate McClellan. They sat by the beach and the pool for the majority of their time, but they found the time to treat themselves to a little shopping. Beery said, “My favorite part was the hotel breakfast buffet when I got hash browns, but I couldn’t find the ketchup.”

Alias Nolin, a sophomore at PCM high school, went to Omaha and St. Louis over his break. He was very busy going to multiple zoos, aquariums and museums. “The zoos were my favorite part because I really like to watch the animals,” said Nolin. Nolin also went out to eat many times at both American and Italian restaurants.

There you have it! PCM students had lots of fun during their spring break whether that was going on vacation or just relaxing at home watching Spongebob. Now it’s time for the last quarter of the 2021-2022 school year before summer break!