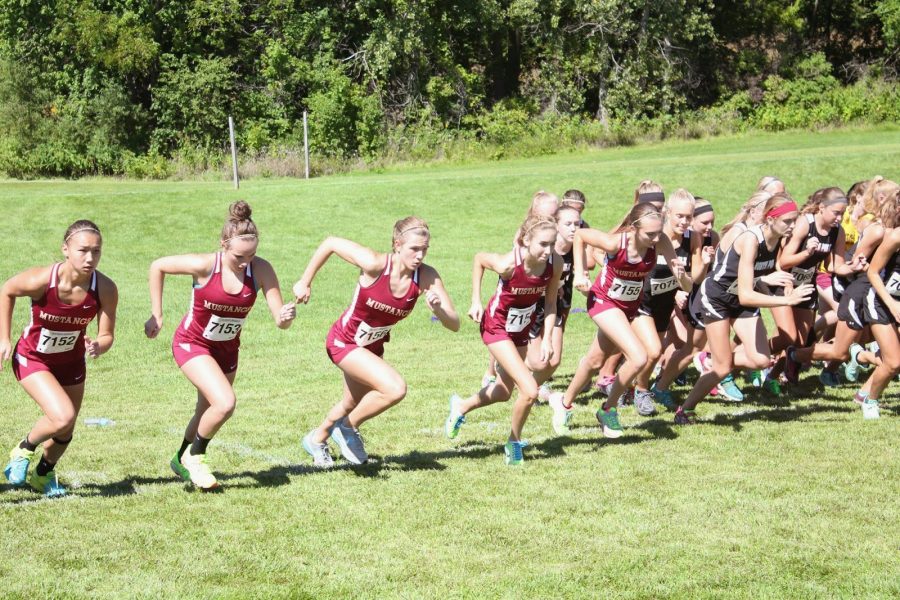 “I was really excited to get my personal record at only the second meet of the year,” senior Rachel
Peter said, “I’m also super excited that the girls as a team finished third. I can’t wait to see where the season takes us.”
On Sept. 6, the second cross country meet at Pella promised to have a remarkable season, even more so than the previous one did. Three of the girls took about a minute off their times, being led by Peter who won the meet for the small school division. At the same time, six boys improved their times, three of whom cut down two minutes off their time from the first meet.
Heading up the girls was Peter with a time of 16:41 on the classic 4k, her personal record, while sophomore Rachel Stafford came in next at 17:54. Freshman Baylee Smith and junior Kiara Kappelmann finished with times of 18.51 and 19.53 respectively. Junior Morgan Novak finished with a time of 21:06, while junior Mallory Bell ended with 22.00. The girls’ team finished third, scoring 68 points as a whole.
“Sixty-eight team points is the lowest we have ever scored while I’ve been coaching,” Head Coach Eric Karr said.
On the boys’ side, and running a 5k, sophomore Chris Ellens led the team with a time of 20.37. Freshman Caleb Peter and sophomore Chase Kueker followed behind with times of 22.27 and 22.42 respectively. Freshman Rory Van Gorp finished the course with a time of 23.21 with junior Andres Vargas close behind, finishing at 23.25. Following right behind Vargas, Trenton Howard finished with a time of 23.26. Freshmen Brady North and Bradley McClellan finished with the times of 23.32 and 23.54. Freshman Jonathan Heath came in with a time of 33. 51. The boy’s team came in eighth with a total of 191 points.
The next meet is tonight, Sept. 11, in Johnston.