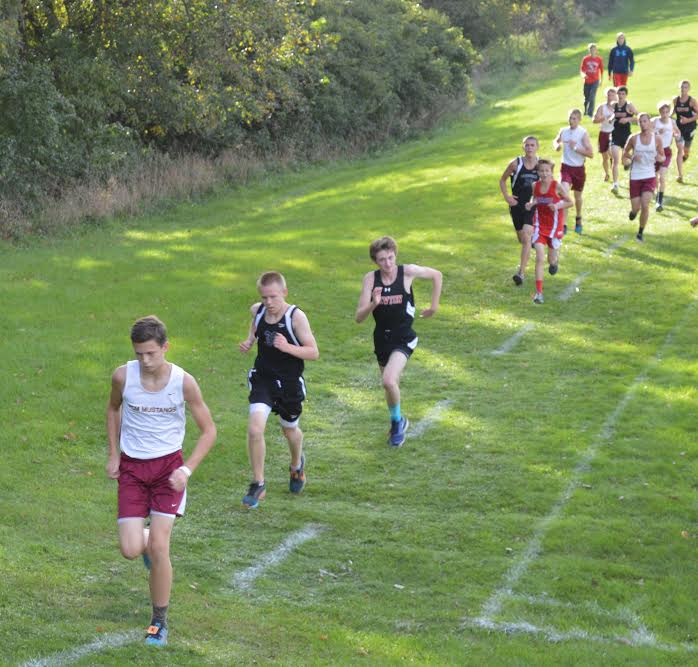 On the Monday after homecoming weekend, the PCM cross country team went to compete at Norwalk. Senior Chris Ellens won second place overall, and the boys’ team took eighth place out of nine teams. The girls team lost senior Jayci Vos as a runner for the rest of the season due to an injury. The girls’ team placed fifth out of eight teams, with the highest placers being sophomores Paytan Schut and Kirstin Ives. The top six girls in varsity ran personal bests. The team continues to show perseverance.

The boys ran first this meet. Ellens narrowly missed breaking 17 minutes with a 17:00.4, his fastest time yet.  “Chris showed his dominance again,” Head Coach Eric Karr said. “So far this year, the only class 2A runner to beat him is currently ranked third. He beat some class 3A ranked runners again.” The runner that beat Ellens was a senior from Carlisle who was 27 seconds ahead of him, and was second in 3A state cross country last year. “I think Chris has a shot at winning state qualifying, and if things keep going well he can make top ten at state,” said Karr. There was a large gap between Ellens and the next PCM boys. Senior Mark Bruxvoort led the rest of the Mustangs in 21:07 at 54th place. Following Bruxvoort and finishing 55th place, freshman Jason Stafford clocked a time of 21:13, and a second behind, junior Brady North finished 56th with a time of 21:14. Next behind North, junior Caleb Peter finished with a 21:18 in 58th place, and freshman Jacob Cox placed 59th with a 21:32. Finally at 62nd place, sophomore Carson Clark finished his race with a 24:28. “The boys are definitely improving, and I’m trying to figure out who wants the 6th and 7th varsity spots for conference,” said Karr. 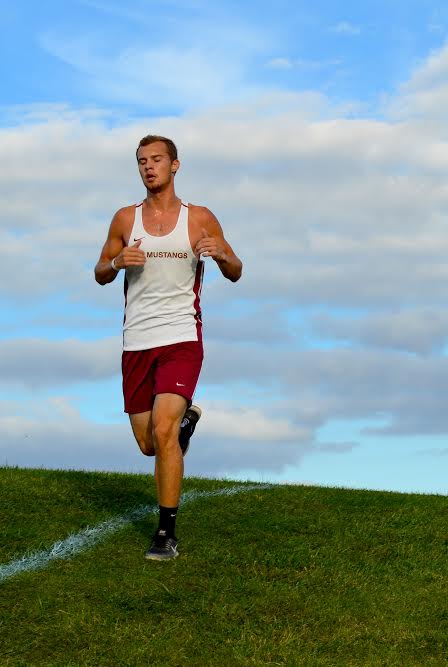 “As a senior, I couldn’t ask for a better group of girls on this year’s cross country team. The atmosphere is outstanding, and I care about every single girl out there running with me as well as those that have sadly been injured,” said senior Rachel Stafford. The first Mustang to finish was sophomore Paytan Schut, who placed 19th in 22:10.9, and half a second behind Schut was sophomore Kirstin Ives in 22:11.4 at 20th place. “The girls ran so well that the top six girls all had personal bests, and our number seven runner only missed a personal best by seven seconds.To continue to improve as they have all season is remarkable,” said Karr. “They are really coming together at just the right time.” Sophomore Megan Townley was the next to cross the line, earning 27th place in 22:57, and junior Baylee Smith placed 31st with a 23:39. Junior Ellie Steenhoek ran a 23:39 and finished in 37th place, and senior Rachel Stafford was ten seconds behind Steenhoek at 23:49 and finished in 39th place. Sophomore Morgan Uhlenhopp finished the race in 25:27, placing 48th. “Each of us still has so much improvement that can be made in these last few meets. I believe that if we make some of these improvements, the high school girls team has a chance to be running the state meet,” said Stafford. “Whether or not that will happen for us is unknown, but it will never affect how incredibly happy I am to have the team I do for my senior year.”